Study Latin Online -- But Why Latin?

I graduated from college in June 2012 with a double BA in French and Classics. I had fallen in love with languages, Greek and Latin to be more specific, and went on to get an MA degree to pursue the study of such languages. Six years later, having earned two degrees in these ancient languages, I regularly get the question, “What is the point of studying a dead language? Why would anyone want to learn Latin?”

My response is always the same…because I love it. The choice in major while an undergraduate student was initially overwhelming. With so many options and so little time to truly explore whilst attempting to complete general education requirements, declaring a major may seem to be one of the greatest challenges one will face. However upon discovering Latin, and her contemporary ancient Greek, I became deeply fascinated by the complexities of these tongues from an entirely different world and the choice of major became a simple one. Classics: The study of the ancient world, her culture and her history, through the words of the ancients themselves. In short, I chose these dead languages because they are thrilling.

How is Latin thrilling?

Imagine you are a scientist, working on an experiment on which you have spent countless hours. You are slowly reaching a breakthrough, perhaps the penultimate step that, once you have completed it, will lead to the outcome you have so desperately been working towards. Those feelings of excitement and being entirely engaged in the moment are the same emotions you will experience while reading and translating Latin.

Thanks to the bizarre nature of the language where there is not a strict sentence structure (i.e. as there is in English with the subject > verb > object formula), a paragraph, or even just a sentence in Latin becomes its own mystery to be solved. This is contrary to not just English but most other languages, making the simple act of translation a riddle in and of itself. And that moment when the entirety of the sentence comes together and makes sense? It is a moment of great reward. Not simply for having translated in a new language (though that is quite an accomplishment!) but also for having read the very words that a man (or woman!) who died thousands of years ago thought of and spoke himself. When reading Commentarii de Bello Gallico, translated as The Gallic Wars, you are in the very mind of Caesar himself. The power of Latin transcends time. 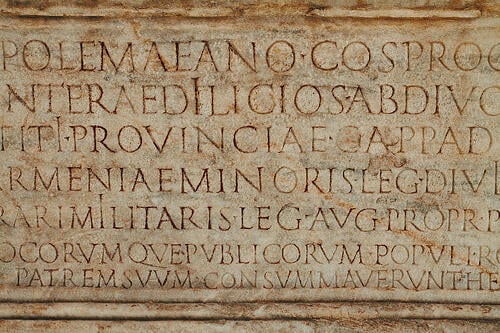 Despite Latin being a dead, non-spoken language, it is very much alive beneath the surface of English. Although the exact number is up for debate, upwards of 29% of English words have Latin derivatives.[1] That means that nearly one-third of the words that we speak every day have their origins in this so-called “dead” language. Taking up such a high percentage of English makes learning Latin invaluable. Not simply from a vocabulary context, where we can make better assumptions at unknown vocabulary words if we know their Latin roots (the SATs or GREs being a paradigm of this), but also grammatically. Learning Latin as a foundation for any child’s education will create a support structure for developing a strong, articulate grasp on English grammar through the grammatical peculiarities of Latin.

Having made a powerful impact on a child’s vocabulary and grammar, Latin will then go on to positively affect many areas in a student’s life. For example, should a student wish to become a doctor, a huge amount of words are derived from Latin.[2] In fact any medical field is deeply in debt to the Latin language. If a student wants to become a politician who makes long, persuasive speeches, which appeal to the masses, who better to learn this rhetoric style than from Cicero? Whether you want to admit it or not, Latin is very much alive. It may have died as a spoken language thousands of years ago, but it continues to thrive just below the surface.

So, what is the point? If the benefits of Latin in an academic setting as laid out above are not persuasive enough, consider Latin on a more personal level. As I mentioned earlier, Latin can bring a great thrill to the translator, as though one were solving a riddle or performing an experiment. Aside from the obvious pleasure derived, this “thrill” also creates a new individual. An individual is developed who thinks outside the box cognitively and explores our own world through the lens of another. That is the point of studying Latin: to create a world filled with intellectually curious individuals. There is no better means for creating such a world than through the study of Latin.

Emily Cassello graduated in 2012 from Union College in Schenectady, New York with a double B.A. in Classics and French. Having become passionate about the ancient Greek and Latin languages while at Union, she pursued an M.A. degree in Comparative Literary and Cultural Studies from the University of Connecticut, graduating in May of 2014.

If you would like to take online Latin courses through Sterling Academy, contact our enrollment counselor, Carol Moser, by phone at 866-502-1050, or by email at enrollment@sterling-academy.org.

[2] For an interesting discussion on medical terminology and etymology, read: http://www.dartmouth.edu/~humananatomy/resources/etymology.htm