Understanding The Role Of Revisionist History In The Classroom

The great thing about studying history at this time is that, due to the easy access that the Internet allows to documents and references, we can gain access to the complete historical record of the world with a few keystrokes.  We only need to develop our focus and purpose so that our keystrokes have meaning.

Since the access to original documents is so much more convenient than in the past, people who have taken the time to review these documents and apply them to the times in which they were written are coming up with reasonable perspectives for the motivations behind decisions that were made that have had a significant effect on the modern world.  These perspectives often challenge what has been, heretofore, accepted portrayals of well-known events from the past. 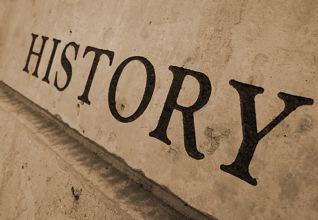 What happened in the past cannot be changed,
but our knowledge and understanding of it can be.

These new challenges to the popular perceptions of history are called revisionist history.  According to Anthony Gregory, a research analyst at the Independent Institute, “Historical revisionism often gets a bad rap. The term is typically used derisively to attack historical accounts that are unconventional, usually with the implication that they are false. But that is a grave misunderstanding of revisionism and the study of history in general.”  Gregory went on to detail how revisionism is a responsibility for those who take the study of history as an important step to understanding who we are and where we are going in his review of revisionism in Liberty and Revisionism, from a November 4, 2010, posting in the Freedom Daily.

Revisionism was advocated by no less than St. Augustine in his book, On Christian Doctrine.  Augustine's work was devoted to teaching his students that their understanding, application, and teaching of Scripture could only be done responsibly through studying the culture, settings, and languages in which Biblical events took place.  He further taught that in the process of their investigations, that if they discovered thoughts that challenged popular perspectives of Biblical records, they had a duty to correct those popular perceptions.  According to Gregory, this is revisionism.

To be sure, taking a revisionist view of the events from the past is no small effort.  Just as St. Augustine demanded hard study and research before any views be taken, the same is true now.  The Internet is filled with countless sources that challenge popular perceptions of historical events, but not all of those sources are credible.  Before a source is considered it is wise to investigate the information on which the perspective based.  If the source shows the signs of reliability, such as referenced and documented support, then it is worthy of entering into a debate regarding the influences upon history.

In the setting of our classroom, which is the entire world, we have the chance of taking the perspectives of not only well-documented sources from the Internet, but from classmates from around the country and even around the world.  The fact of the matter is that in our class, revisionism does not have to be an anomaly, it can be the rule to feed our interest in a subject which can do much to shape our understanding of the future.

You can take history courses online at Sterling.Academy.  For more information, call 866-502-1050 or email enrollment@sterling.academy